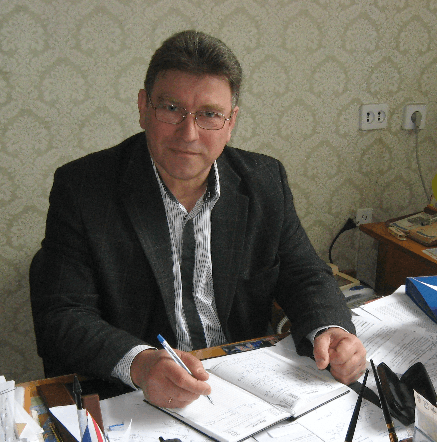 Department of Inorganic Chemistry of SHEI USUCT belongs to general education departments and provides basic knowledge for students in all areas of training in general and inorganic chemistry. Doctor of chemistry, professor Oleksandr V Shtemenko heads the Department.

The Department carries out a number of fundamental and applied scientific research; it conducts active scientific and methodical work. For many years, it remains the main department of the specialty for all universities of Dnipropetrovsk Region.

Department of Inorganic Chemistry is the first chemical department, which meets new students of SHEI USUCT. Therefore, the staff of the Department, in addition to scientific and educational work, takes an active part in the upbringing and adaptation of freshmen students at universities.

For more than 40 years, the Department of Inorganic Chemistry is the organizer of the “School of Chemist”, which is unique in the Dnipropetrovsk region. Leading scientists and university professors consider topical issues of chemical science there, forming the scientific outlook of a talented student and student.

The history of the Department started in 1930. The first Head was the Doctor of Chemical Sciences, Professor Boris A. Dain. Under his guidance, the Department carried out research in the field of photochemistry in the prewar years.

During the World War II, the Department was evacuated and, after returning from the evacuation in 1944, was reorganized into the Department of Inorganic and Physical Chemistry, which was headed by the Doctor of Chemical Sciences, Professor, and then Academician of the Academy of Sciences of the UkrSSR, Volodymyr A. Roiter.

It was Academician Roiter who remained in charge of the Department after separating it from the Department of Physical Chemistry in 1948. Under the direction of Academician Roiter, the research was conducted in the field of electrochemistry, kinetics of chemical reactions and catalysis. At this time, O.N. Kuznetsov. and V.O. Yuza prepared and defended their candidate’s theses.

Since 1951, after the departure of Professor Roiter to Kiev, Doctor of Chemical Sciences, Professor Lev M. Volshtein, headed the Department. Under his leadership, the Department carried out research in the field of coordination chemistry until 1964. For the first time complex compounds of platinum and chromium with amino acids were synthesized; the isomerism of complex compounds was studied, patterns of complexation processes were established. Under the direction of Prof. L.M. Volshteina,G.G. Motiagina, L.S. Burachenko and I.O. Volodina, who later became assistant professors of the Department, defended candidate’s theses.

Prof. V.I. Dulova became the initiator of reorganization of the lecture course, which was taught at the Department, an optional course for students “The structure of matter” was introduced, the subject classroom № 413 was opened.

Under the direction of Prof. V.I. Dulova studies of complex formation and acid-base equilibrium in non-aqueous solutions were performed. These studies became the basis for 23 candidate’s theses. Among Prof. Dulova’s dissertantants were professors of the Department L.I Gureeva., Y.P. Artyukhova, N.R. Molchanova, N.O. Skidan, A. Belyaeva, employees of other higher educational institutions. Investigation of oxidation-reducing equilibrium and charge recharge rates of transition metal ions in complexes that were conducted at that time by associate professors G.G Motiagina., L.S Burachenko., I.O. Volodina made a significant contribution to the idea of ​​simulation of biochemical processes. The Department was working on the synthesis and research of properties of new at that time complex compounds –fluorogermanates, under the direction of associate professor Mykola Fedorovych Kulish.

At this time, the Department postgraduate study prepares scientific staff for other universities – Dniprodzerzhinsk industrial institute and Dneprodzerzhinsk branch of the State Institute of Nitrogen Industry.

Over the years, the staff of the Department lectured on courses for the improvement of skills of secondary school and technical school teachers in chemistry as well as went with lectures for teachers and students of regional secondary schools. Teachers of the Department and post-graduate students lecturedat the “School of Chemist” of DCTI and its affiliates. Annual regional competitions on chemistry as well as a number of State Olympiads were heldamong schoolchildren, and in 1967, the Department became one of the organizers of the All-Union Olympiad of schoolchildren in chemistry.

In 1974, the Department, being the organizer, hosted the VIII Ukrainian Republican Conference on Inorganic Chemistry.

From 1976 to 1978, the Department of Inorganic Chemistry was headed by Doctor of Chemistry Lenyk Mykolaiovych Sagoian. Since 1979, hebecame the scientific director of the Branch Research Laboratory for modeling, developing and optimizing the battery systems of the Department. The main areas of its scientific activity were the research and modeling of the mechanisms of electrochemical processes in the electrodes of chemical current sources, the development of new and improved traditional technologies for the manufacture of rechargeable electrodes, the search for and study of the effects of activators and stabilization ing additives on behavior electrode electrochemical power sources and methods of accelerated battery power.

From 1979 to 1999, the Department was headed by Doctor of Chemical Sciences, Professor Borys O. Bovikin. During this period, the staff of the Department was the first in Ukraine to develop a rating system for assessing students’ knowledge.

In this period, the Department of Inorganic Chemistry became a reference point in the chemical-technological education of HEIs at Prydniprovskyi Region. The teachers of the Department organized and conducted republican chemistry competitions for students of higher educational establishments. The Department was provided with constant assistance to the schools and technical schools of the Region in the field of preparation of applicants for chemical disciplines. For significant achievements in teaching and methodical work, the teachers of the Department were awarded with certificates of the Ministry of Higher Education of the Ukrainian SSR and other awards.

The scientific direction, developed by Professor B.O. Bovikin,was connected with the use of inorganic and coordination compounds as biologically active substances, catalysts and materials for new technology. The staff of the Department investigated new compounds that were recommended as effective plant protection products, as well as promising medicines. Much attention was paid to the ecological problems of the region, namely, the purification of water from contamination by toxic metals. Especially successful was the method of studying the effect of metal compounds and complexes on artificial membranes that simulate the behavior of biological cells. For the first time in scientific practice, the property of metal complexes to transfer anions through the bipolar lipid membranes was discovered.

B.O. Bovikin in co-authorship with teachers and staff published more than 250 scientific works. The results of the research were repeatedly reported at the International and Republican Meetings and Conferences. Prof. B.O. Bovikinwas electedas an academician of the Academy of Sciences of the Higher School of Ukraine. Under his scientific guidance,5 candidate and 2 doctoral dissertations were defended (Omelchenko O.M. and Shtemenko O.V.).

Since 1999 and till now, the Department is headed by the Doctor of chemistry, Professor Oleksandr V Shtemenko.

The Department provides higher education to university students from general and inorganic chemistry, and since 2006, the training of students of all specialties is conducted in accordance with the European requirements of credit system of study using the modular rating system of students’ knowledge evaluation. It should be noted, that at the time of the signing of the Bologna Agreement by Ukraine, the rating system of knowledge assessment had already been traditional for the Department of Inorganic Chemistry, and it has actively been used for more than 20 years. The lectures are accompanied by a large number of demonstration chemical and physical-chemical experiments, some of which are developed directly by the teachers of the Department. They introduce multimedia lecture material support.

Students during their studies at the Department personally conduct laboratory experiments in the specialized laboratories and acquire the first experience in experimental chemistry. Based on the traditions and experience gained in past years, a lot of work is being done on preparing for printing and publishing methodological instructions for laboratory workshops and students’ self-training, a manual on the course of inorganic chemistry has been prepared. The Department is actively working on the development of distance education.

Under the guidance of Prof. O.V. Shtemenko, scientific research in the field of chemistry of complex and cluster compounds of rare and scattered elements is carried out. The work is supported by the State Fund for Fundamental Researches of Ukraine and is a part of the coordination plans of the Ministry of Education and the National Academy of Sciences of Ukraine. Five theses for the degree of candidate of chemical sciences have been defended on this subject, 3 graduate students are completing their thesis on candidate theses.

Together with the Department of Physical Chemistry, the work is being carried out on research of thermal and oxidative-reduction processes in nitrate energy-intensive systems (associate professor I.L.Kovalenko).

The results of the research were repeatedly presented and passed scientific tests at international conferences and leading scientific seminars in the USA, the European Union (Germany, Spain, Austria, Czech Republic), China, Russia and Moldova. More than 210 scientific works have been printed; more than 30 patents have been received. During the life of the Department more than 30 candidate’s theses and three doctoral dissertations were defended.

For the active work on training of scientific staff, work with talented student and scientific youth, significant achievements and personal contribution to the development of domestic science and education, teachers and chairman of the Department repeatedly received honors, letters and thanks from the Ministry of Education and Science of Ukraine, Dnipropetrovsk Regional Council, the Main Directorate Education and Science of Dnipropetrovsk Regional State Administration, Dnipro City Council.

The staff of Inorganic Chemistry Department in different years 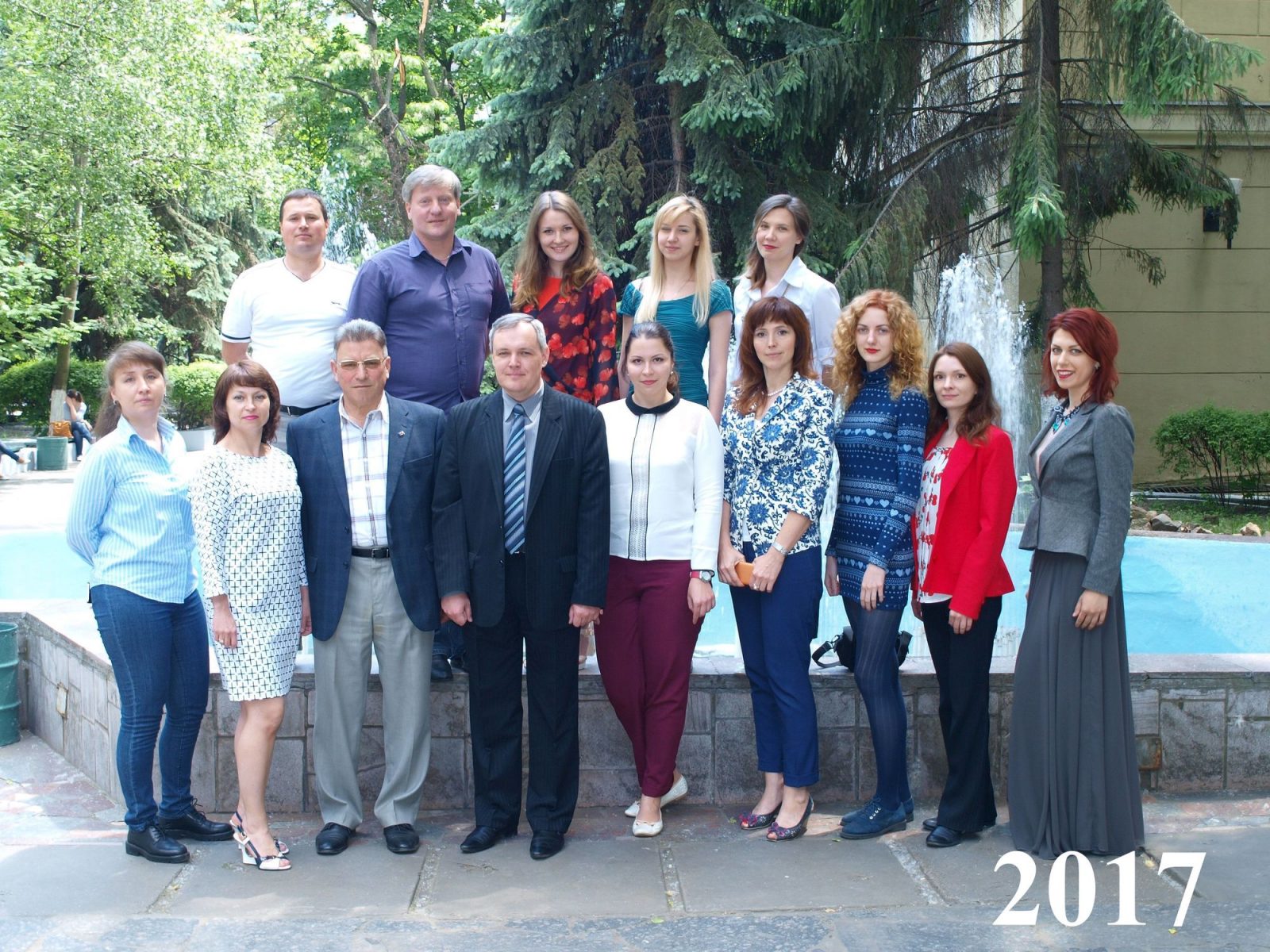 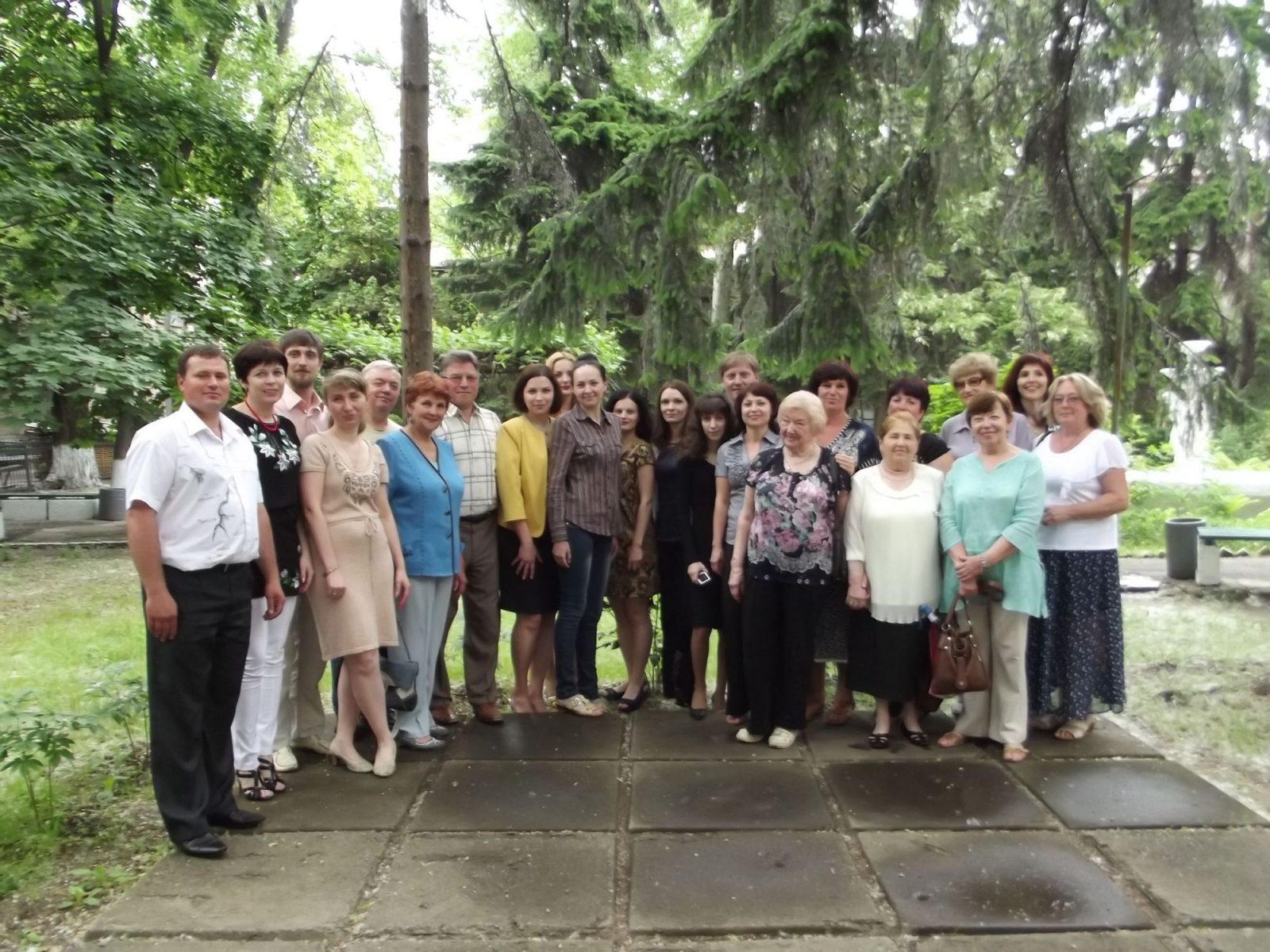 Celebration of the 85th anniversary of the Department (2015)