May 14, 2018, foreign students of SHEI USUCT, under the guidance of PhD,  I.V. Smahlii, made presentations at the 1st International Scientific and Practical Conference ” The Path to Science: Linguistic and Culturological Preparation of Foreign Students” , which took place at the University of Customs and Finance.

Yonta Tchiofo Josian (faculty of technology of macromolecular compounds, 5 year) demonstrated a high art-level level in the article “The Concept of Cameroonian Hairstyle: Aesthetics plus Tradition.” The purpose of the article was to reveal a hairstyle as a special way of expressing and emphasizing its own personality of camerunks. The student also clearly demonstrated her own achievements in hairdressing art on examples of scarves, Freud boxing, brady, etc. 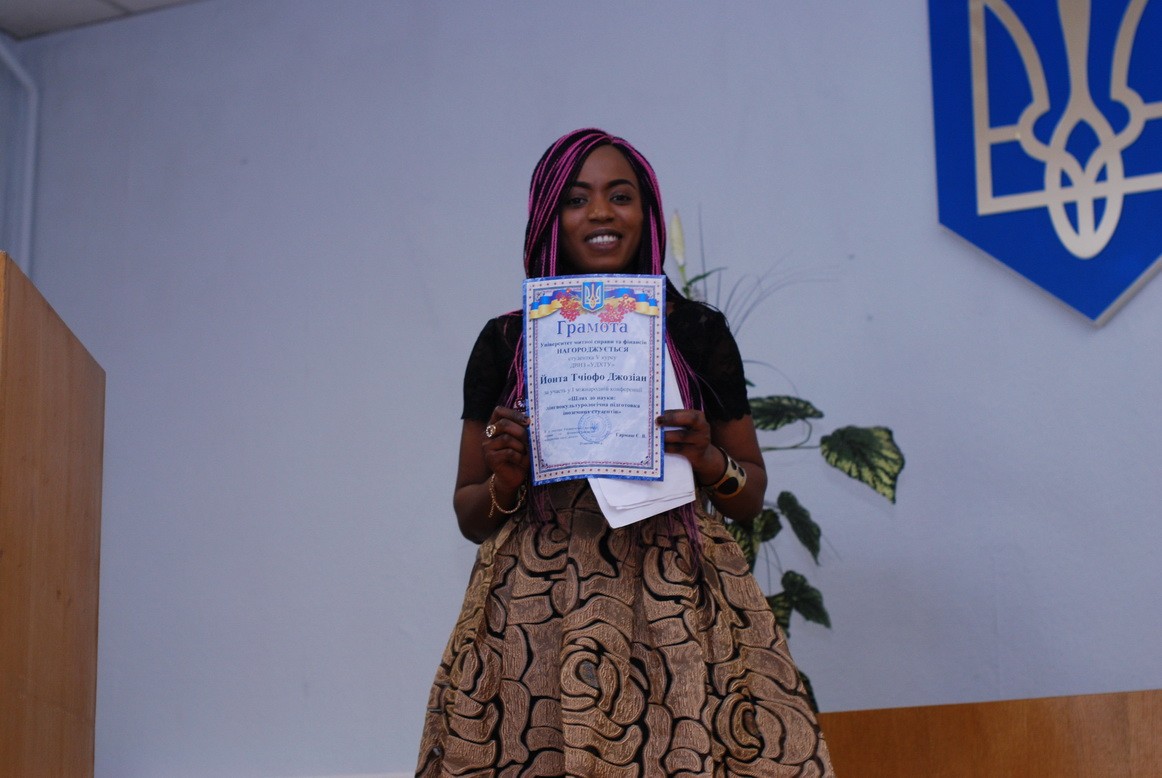 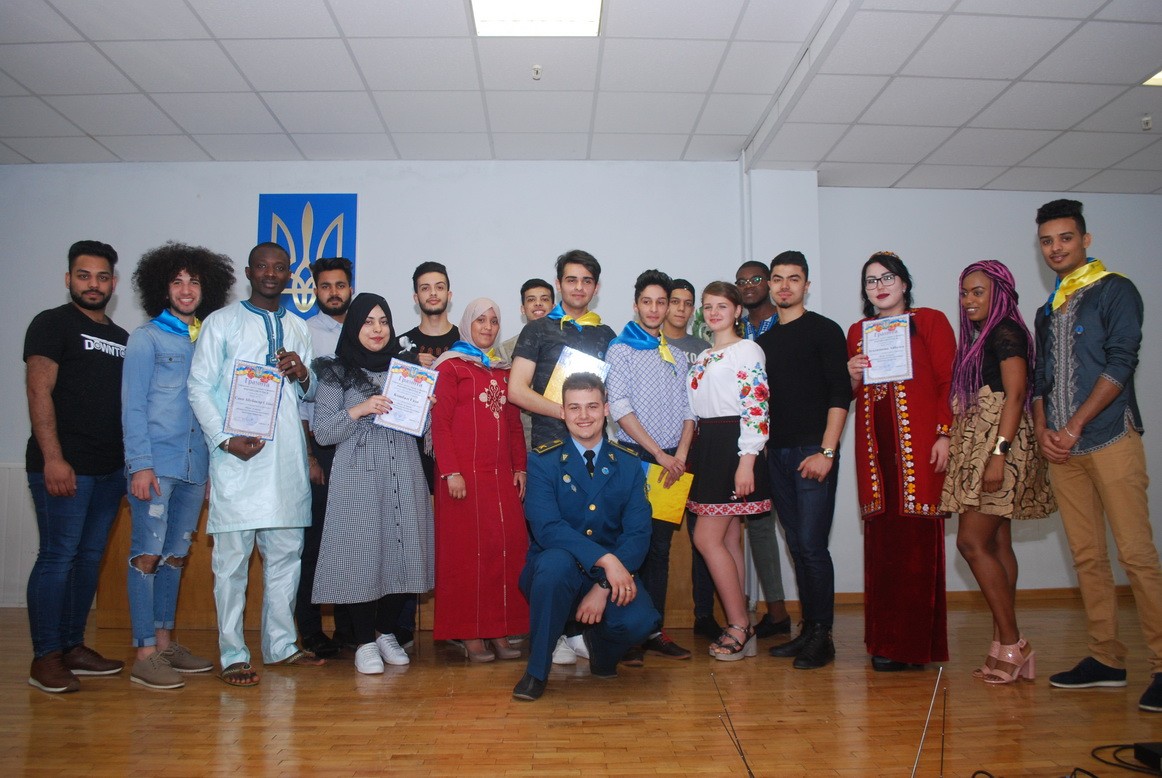 May 11, 2018 at the invitation of the Socio-Cultural Center of the Dnipro Central City Library, Associate Professor N. Kovalyova made the report “Hetman of Ukraine Pavlo Skoropadsky”. Historical readings were held on the occasion of the 100th anniversary of the Ukrainian Revolution (the project “The Amounts of the Ukrainian Revolution of 1917 – 1921”).

In 2016, the teachers of the Department published 1 monograph, 1 textbook, 11 articles (7 of them included in the list of the Ministry of Education and Science of Ukraine, 2 in the CIS countries, 2 other publications), 4 speeches were made at international and regional conferences, 5 methodical developments.

On March 28, 2014, in the 2nd stage of the All-Ukrainian Student Olympiad on the History of Ukraine, was held on the basis of the Kryvyi Rih Pedagogical Institute, the Krivorozhsky National University. The student of the first year of the faculty of the Organic Substances Tetiana Vasilieva took the15th place among 77 possible, and in the group of non-historical higher educational establishments – IV place among 30 possible.

On March 27, 2015, at the II stage of the All-Ukrainian Student Olympiad on the History of Ukraine (on the basis of the Kryvyi Rih Pedagogical Institute, the Krivorozhsky National University), the second year student of the faculty of Inorganic Substances Doroshenko R. Ye. (2-KDK-11) took the 8th place among 83 possible .

In the city competition for the best scientific and practical work “Intelligence – Creativity – Success” (February – April 2014), a student of the 2nd year of the the faculty of Inorganic Substances Kateryna Minchuk (2-ONS-5) with the work “History and development of Petrikov painting” got 3 place in the nomination “Socially significant projects”. 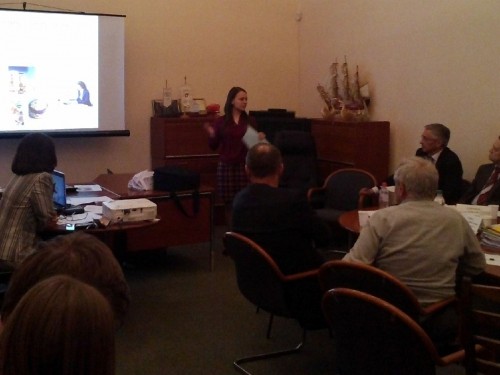 In March-April 2015, L. Kuchma’s participation in the fund contest “20 Years of Agrarian Reform in Ukraine: Achievements and Problems” was taken by first year students of the Faculty of Inorganic Substances A.V. Mahina and T.O. Makida (1-THP- 12), who took 41st place (the 1st place in the Dnipropetrovsk region) and 212th place out of 407 possible. For high results, Anastasia Mahina was awarded a diploma of the III degree of the Leonid Kuchma Presidential Fund “Ukraine”. 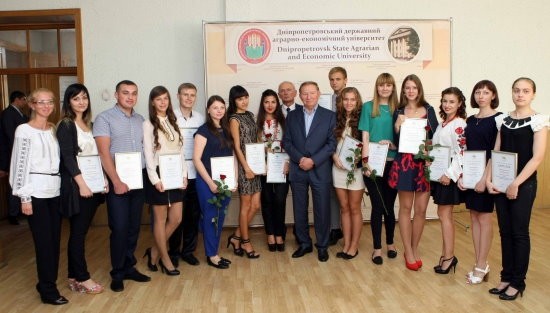 SCIENTIFIC MONOGRAPHIES OF THE DEPARTMENT’S TEACHERS 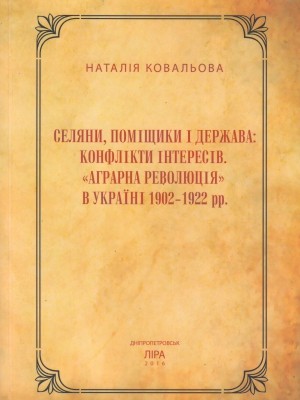 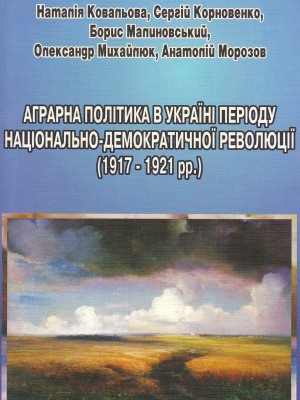 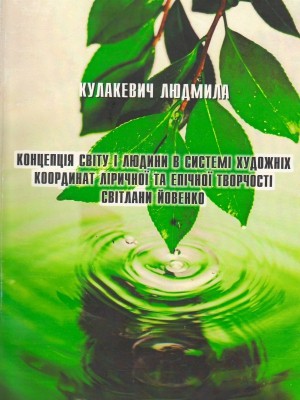 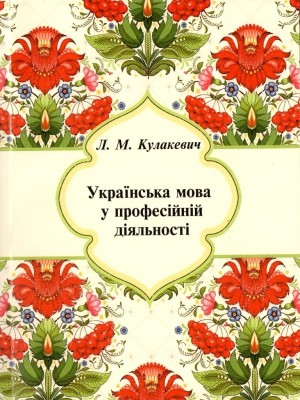 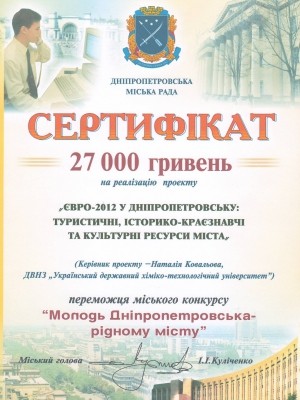 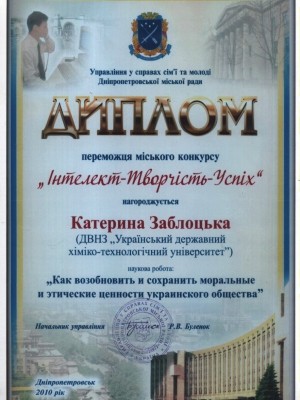 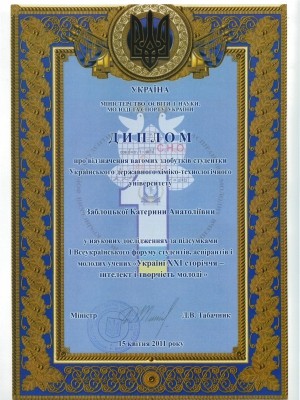 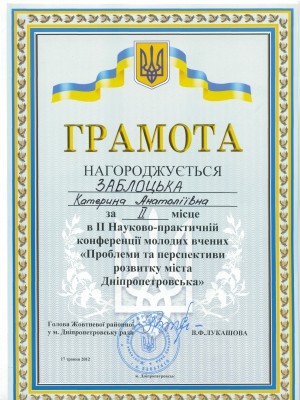