Teachers, doctoral students and post-graduate students of the Department of Physical Chemistry participate in the implementation of six state budget research projects of the Ministry of Education and Science of Ukraine (total funding is more than two million UAH per year):

Scientific research at the Department of Physical Chemistry is carried out in the following areas:

According to Scopus  science and metric database, the Department of Physical Chemistry is ranked first in the Ukrainian State Chemical Technology University (the aggregate Worse Index is  84 ).

According to the scientific and metric database Scopus, the staff of the Department of Physical Chemistry have the following values ​​of the Worst Index (as of April 10, 2017):

Profile of the department at Google Scholar

Scientific articles, indexed by scientific-metric base Scopus, published during the last 5 years (as of 09.10.2016)

During the last 5 years, the following doctoral and master’s theses were defended:

Prof. Danilov F. Y., prof. Velichenko O. B. and prof. Protsenko V. S. are members of the specialized academic council  D 08.078.01 at the State Technical University “Ukrainian State Chemical Technology University” with the right to accept and conduct the defense of theses for obtaining a scientific degree of a doctor (candidate) of chemical sciences in specialties 02.00.01 – inorganic Chemistry and 02.00.05 – Electrochemistry.

Prof. Danilov F. Y., prof. Velichenko O. B. and prof. Protsenko V. S. are members of the editorial board of the scientific and technical journal “Problems of Chemistry and Chemical Technology” ( www.vhht.dp.ua ) (Prof. Danilov F. Y. – Chief Editor, Prof. V. Protsenko, Deputy Editor-in-Chief), who is registered in the list of scientific specialized editions of Ukraine in the branches of chemical and technical sciences).

The teachers of the Department of Physical Chemistry participated in the implementation of the GL2009-5 “Application of Nano-crystalline Trivalent Cr Electroplating for Industrial Use”, carried out within the framework of the Korean-Eurasian International Technology Cooperation Program in the field of components and materials supported by the Ministry of Economy Republic of Korea (140,000 USD). 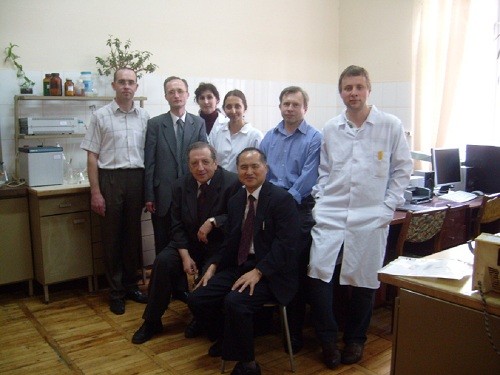 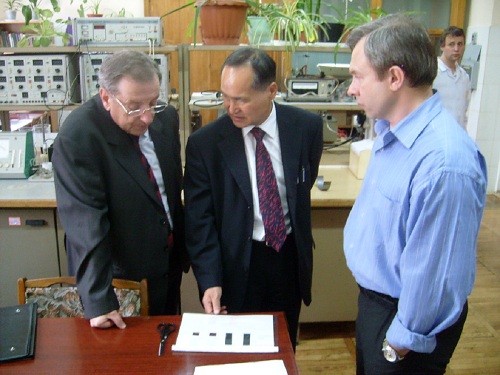 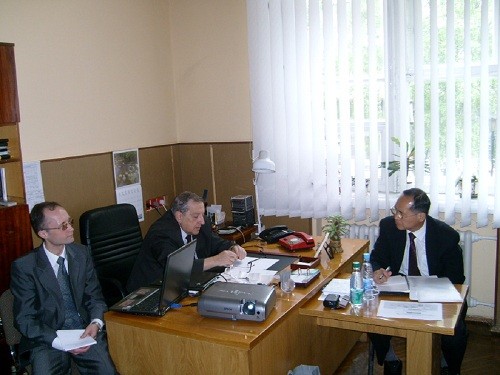 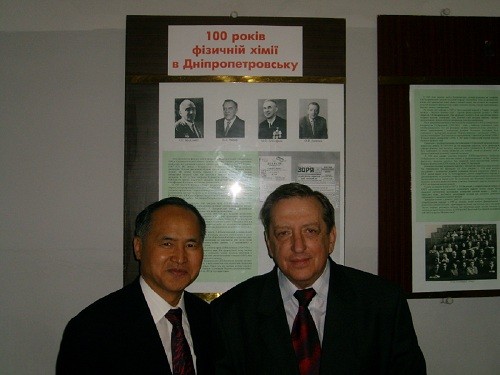 According to the budget program 2201250 “Training, internship, advanced training of students, postgraduates, scientific and pedagogical and pedagogical workers abroad” (the resolution of the Cabinet of Ministers of Ukraine dated May 16, 2011, No. 546), the staff of the Department passed a competitive selection in the Ministry of Education and Science of Ukraine and received grants. for internship abroad: Associate Professor GirenkoDmytroVadymovych (University of Pierre and Maria Curie, Paris, France, November 2011), postgraduate student OlesiaBorysivnaShmychkova (University of Ferrara, Italy, December 2012 – May 2013) 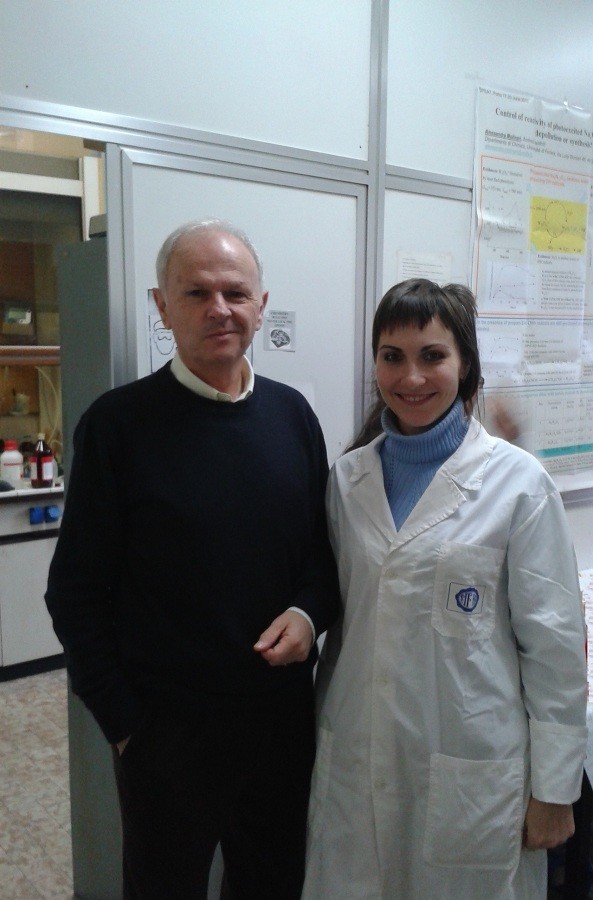 Ph.D. Kasian O.I. received a grant for research work “Electrochemical determination of the concentration and size of nanoshells of silver” and a scientific internship at Branderburg Technological University, Zenterberg, Germany (at the expense of the host side, 2014-2015). Also, Ph.D. Kasian received a grant from the Humboldt fellowship for postdoctoral researches, Germany for research (2015-2016).

Teachers of the department Lukyanenko T., Kasian O. I., Knysh V. A. were awarded the Prize of the President of Ukraine for young scientists in 2014 for a series of scientific works “Nanocompositionelectrocatalysts for controlled synthesis”.

According to the results of the first in the history of independent Ukraine, a competition for projects of scientific works and scientific and technological (experimental) developments of young scientists who work (study) in higher educational institutions and scientific institutions belonging to the management of the Ministry of Education and Science of Ukraine, two projects proposed Young teachers of the Department of Physical Chemistry, were selected for selection and their financing at the expense of the state budget was started in 2016 (Order of the Ministry of Education and Science dated August 15, 2014, No. 973):