The crazy world of professions 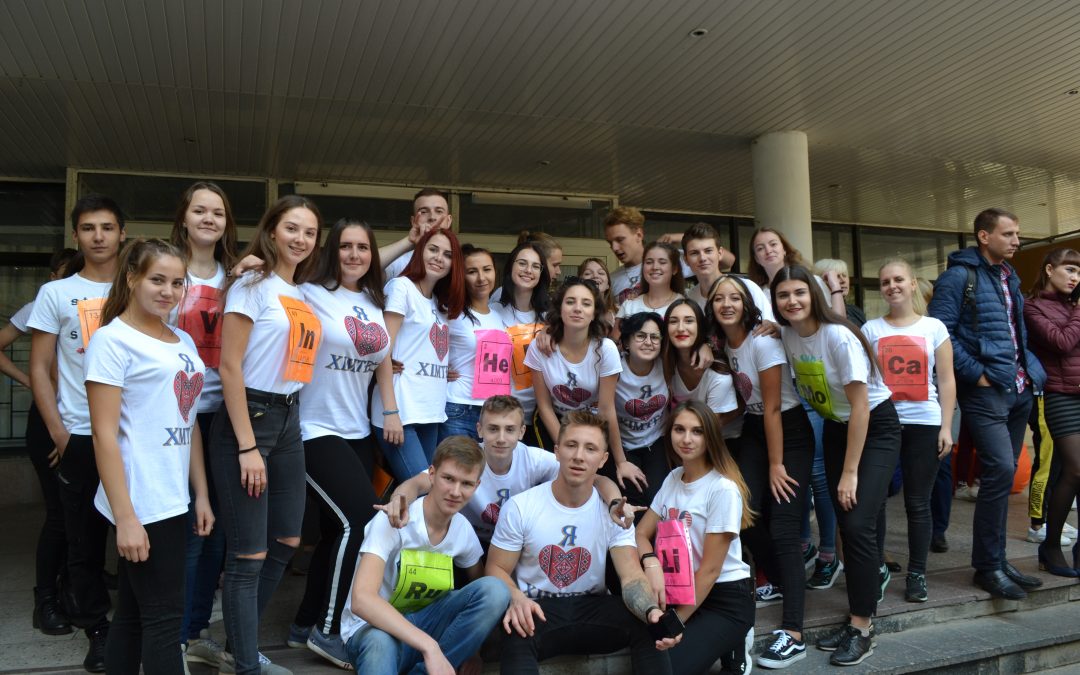 The crazy world of professions

The Ukrainian State University of Chemical Technology hosted the “Crazy World of Professions” Youth Festival, in which the entrants were able to learn about the specialties they could acquire by entering our university.

At the Fountain Square of the main building of USUCT zones were built where representatives of different faculties of our university acquainted the guests with the possibilities related to the choice of a particular profession.

In the Smart-technology zone, future entrants had the opportunity to get acquainted with the inventions of our students and professors in the field of robotics, as well as to observe the work of a 3D printer, which  created a vase for flowers and a mock-up of the Eiffel Tower before their eyes.

In the Eco-zone, guests were told about the dangers of environmental pollution, taught to detect nitrates in vegetables and fruits, and demonstrated the process of water purification.  This area has become interesting for precious metal connoisseurs.  Here everyone was able to hold gold, silver and other minerals in their hands.

The Food and Cosmetics Production Zone became a place where people could learn more about food preservatives and cosmetic ingredients.

For creative personalities worked “Design studio” – an area in which the secrets of design in a variety of fields of activity, from printing products to finishing with pavement tile design were revealed.

Interesting experiments with petroleum products were waiting for the audience in the Energy zone.

For those who want to relate their lives to pharmacology, the Biomedical zone was created, where the secrets of drug manufacturing were revealed.

Future financial geniuses were waiting in the Business zone.  There, representatives of the Faculty of Economics prepared interactive games related to the economy.

The star guests of the festival were graduates of our university – “curb” of fire Alexander Sharkun and the participant of many music projects Ksenia Bashibular.

Also during the festival was a prize draw from the Ukrainian State Chemical Technology University.

The Crazy World of Professions festival has been holding for the first time, but it has received good reviews from its guests.  It should be noted that more than half a thousand of future students have attended the festival.  We believe that such events will help students to choose their future profession and we are expecting them in the ranks of students of the only chemical-technological university in Ukraine next year! 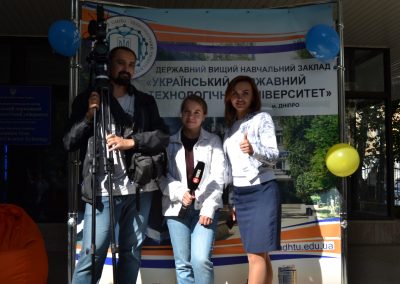 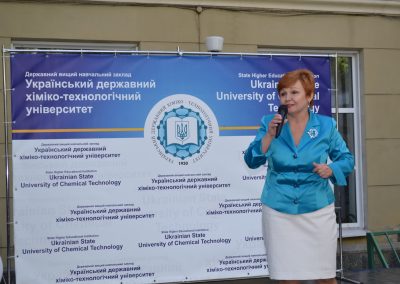 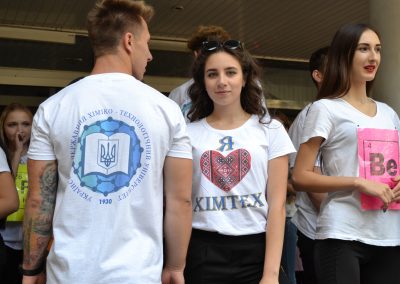 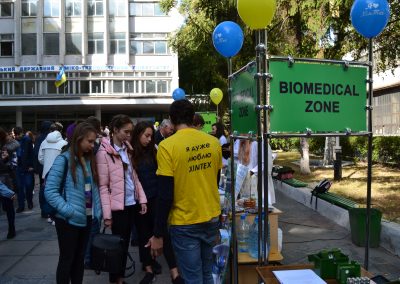 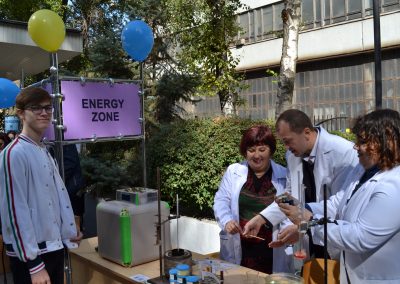 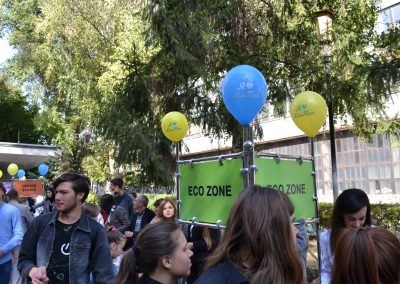 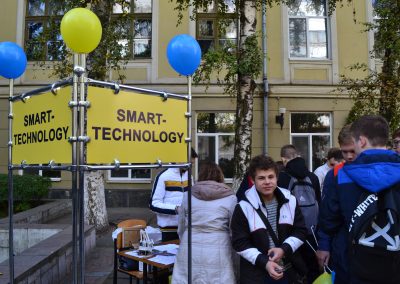 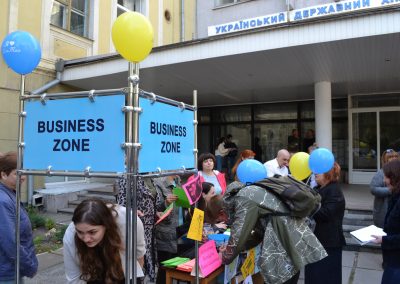 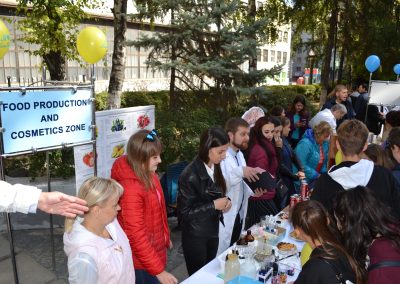 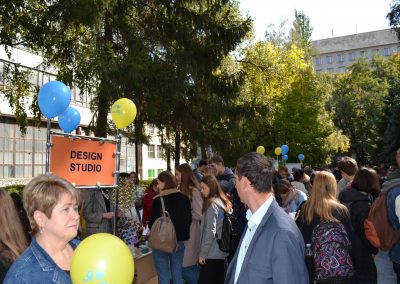 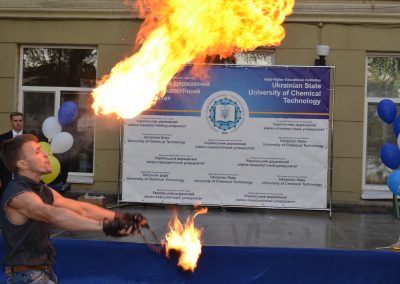 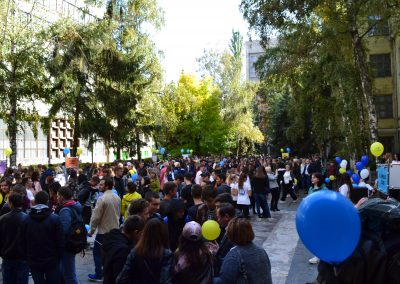 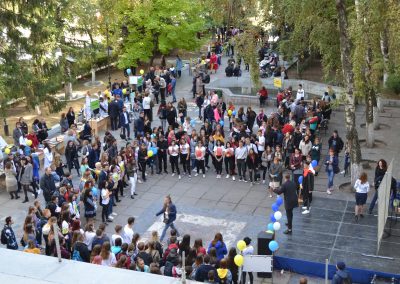