On November 22, “Miss and Mister USUCT” were elected at our University. The students from different faculties of the University, who were not afraid to prove that they were worthy of the title Miss or Mister USUCT – 2018, participated in the competition.

“Miss and Mister USUCT” contest is an annual competition where judges choose not only the most beautiful but also the most talented students. Throughout the whole month, brave boys and charming girls were preparing a program of their performance in order to show themselves fully in front of judges and spectators.

The second contest was the defile, where the participants showed their ability to move effectively on the podium.

During the preparation for the performance, each participant had the homework – to shoot a video message on a social topic that was considered the most important and relevant. Our students drew the audience attention to the problems of racism, life in the metropolis, meeting and communicating with people, computer dependency and many other important topics.

Finally, the contestants performed a waltz.

In the non-competition program, the dance group “Fantasia” and other stars of USUCT demonstrated their talents.

“Miss and Mister Audience Award was chosen by the audience. It was the student of Mechanical Engineering Faculty – Dmytro Melnyk and the student of High-Molecular Compounds Faculty – Victoria Lysha.

Each participant of the competition received a diploma and gifts from the sponsors.

This year, Tetiana Kiseliova, a student of Organic Substances and Biotechnology Faculty was chosen as “Miss USUCT”. The title of “Mister USUCT” was given to Dmytro Melnyk.

Anna Herus, a student of the Faculty of Economics, and David Koshelenko, a student of High-Molecular Compounds Faculty, got the titles of Vice-Miss and Vice-Mister.

Rector of SHEI USUCT Oleksandr A. Pivovarov congratulated the winners and thanked everyone who participated in the concert. 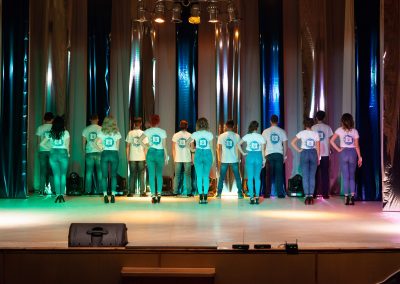 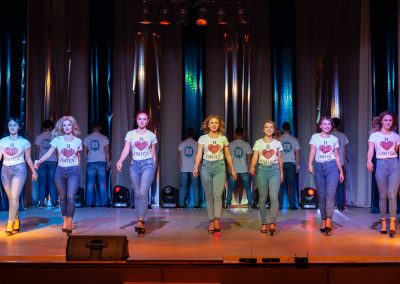 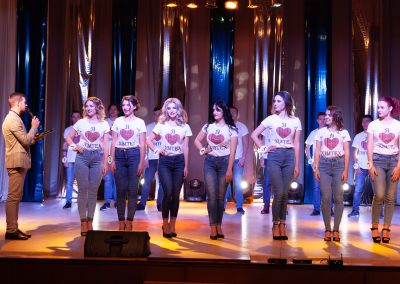 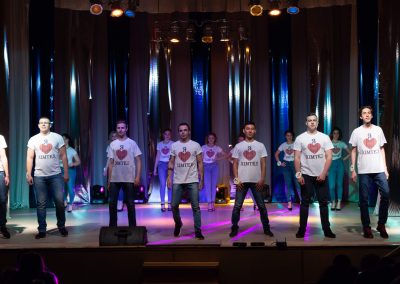 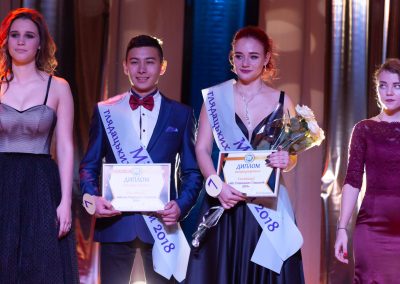 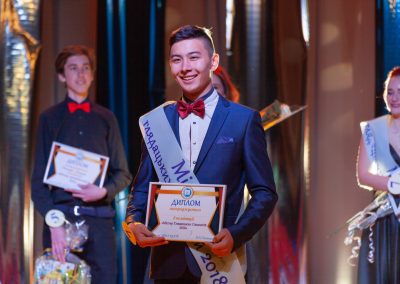 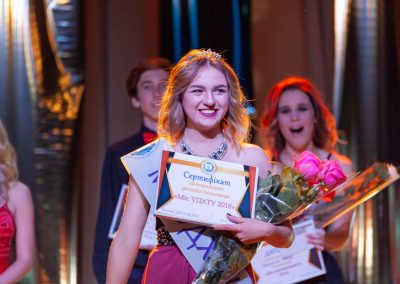 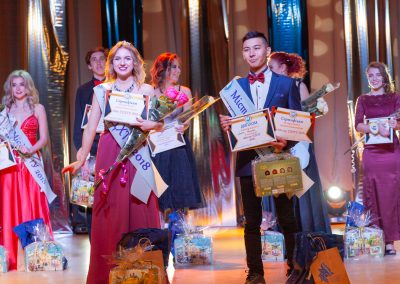