From the very foundation of the Department, its staff began intensive research. The technology of continuous obtaining of zinc and copper foil, manganese, pure aluminum powder, refining of alloys, offered metal-oxide anodes that are not destroyed, as well as new technologies of synthesis for chemical current sources have been developed at the Department.

In 1973, the branch laboratory of chemical current sources was created. It began its work on the development of fundamentally new sources of current using organic substances. The quinone-hydroquinone battery was the world’s first current source, which did not contain any metal in its entirety, and was very cheap.

Powerful fuel cells and water-lithium sources of current for marine use were developed, and installations designed to accumulate solar and wind power plants were designed.

Later, the main direction of the laboratory’s work became lithium current sources. The laboratory has extensive foreign contacts with scientific laboratories and enterprises. The laboratory staff take an active part in international symposiums, are published in the leading international journals. In the laboratory, equipped with modern experimental and computer technology, the best students undergo experimental practice. Postgraduate students work and study there as well as master the technology of scientific work and teaching skills.

In the direction of environmental technologies, fundamentally new equipment for film-bubble water purification from organic impurities and heavy metal ions has been created, the technology of cleaning industrial wastewater and the removal of non-ferrous metals from them. The exact and effective method of computer diagnostics of removal of solutions from galvanic baths is developed. A compact and economical flow diaphragm electrocoagulator of a fundamentally new design for the local extraction of heavy metals from washing water, containing impurities of ions in small concentrations is proposed. Based on this technology, the method of electrochemical synthesis of nickel hydroxide for use in the battery industry has been proposed.

Today, the main direction of the scientific work of the Department is the study of the macro-kinetics of processes in the systems of electrolysis and chemical current sources:

Over the past 10 years 9 candidate’s theses have been defended at the Department; 3 are being prepared for the defense at the moment. 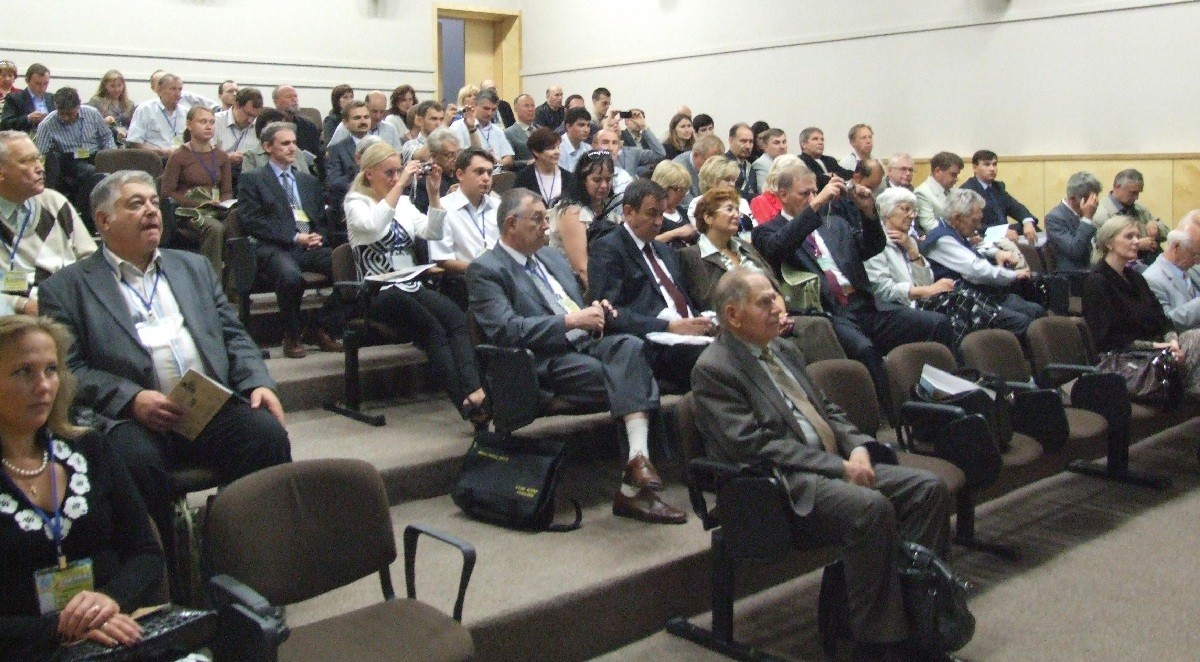 6th  Ukrainian electrochemical Congress (Dnipropetrovsk, 2010  r . ). On this forum, Ukrainian scientists report on their latest scientific achievements. The guests participating in the forum came from near and far abroad. 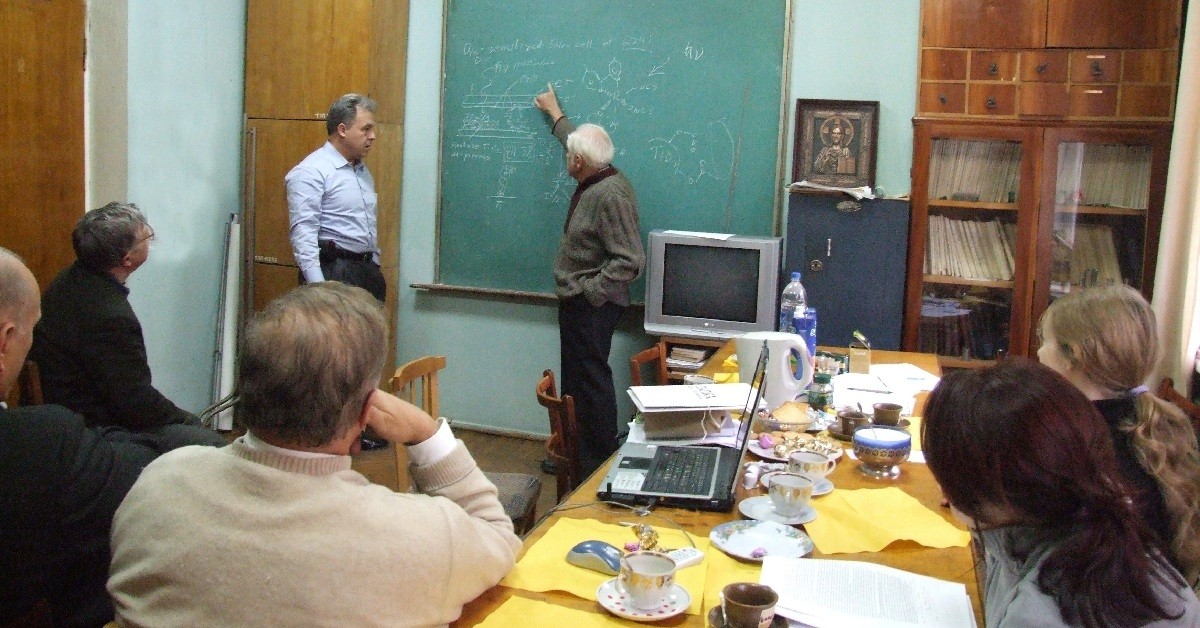 Guests from Oxford. Professor Ksenzhek explains the principle of the photoelectrochemical process – a promising technology for converting solar radiation into electricity. 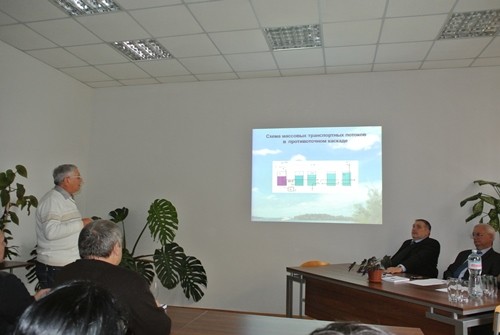 During its existence, the Department has been working closely with leading enterprises and research institutes such as BIAM, IELAN, Autoprom (Moscow); Institute of Materials (Lviv); shipbuilding organizations (Mykolaiv), Alma-Ata State University and many others. Research work of the leading scientist V.I. Chernenko and his students received widespread recognition of domestic and foreign electrochemical science. More than 200 scientific papers were published, 9 copyright certificates were obtained, Russian Patent No. 227872, class D05B57 \ 10 /.

Theoretical studies of the Department are distributed in the electrotechnical direction. In parallel, the Department improves the technologies of applying coatings by developing electric power systems “power source – electrolyzer”, developing energy-saving complexes in the system of power supply of enterprises. The systems of automatic switching of the AVR reserve and the distribution cabinets of a wide range with advanced protection levels have been developed and implemented at the enterprises of small business; work is underway to implement differential protection systems. Particular attention is paid to the development and implementation of reactive power compensation systems and improvement of the quality of electric energy. Specialists of the Department of Electrical Engineering are constantly working on the improvement of the University’s electrical engineering. The system of automatic protection of boilers is developed, which are heating student dormitories, the system of compensation of reactive energy; the modern system of staging illumination of the assembly hall of the university was introduced, blocks of protection of unique electronic equipment. The Head of the Department is the chairman of the commission of the University for power engineering supervision. 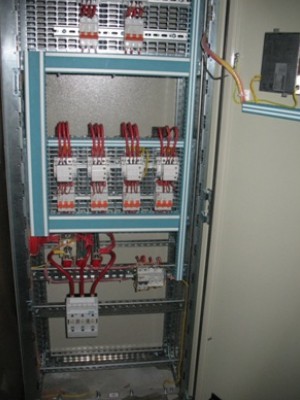 The device for compensating reactive energy, which is installed in the TP 5005, 5006 SHEI USUCT 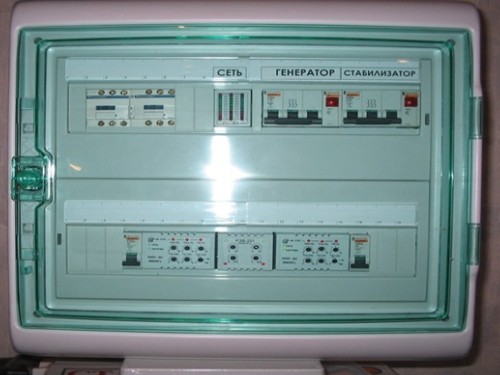 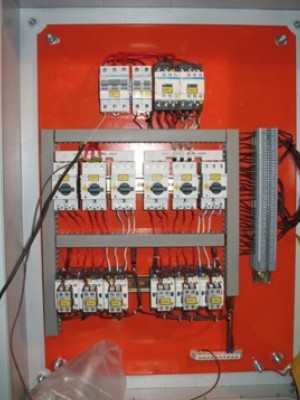 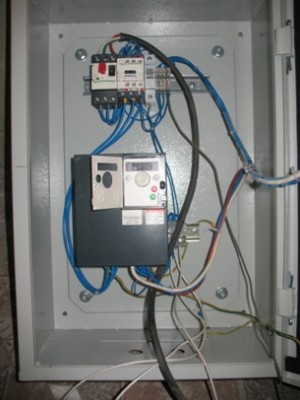 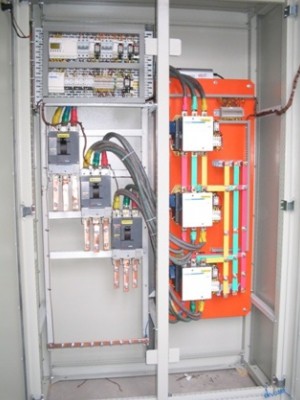 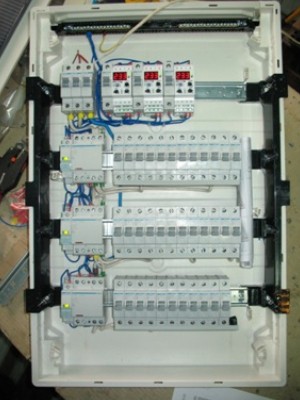 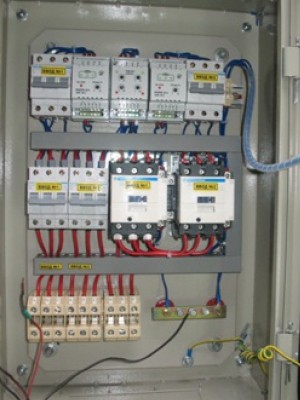 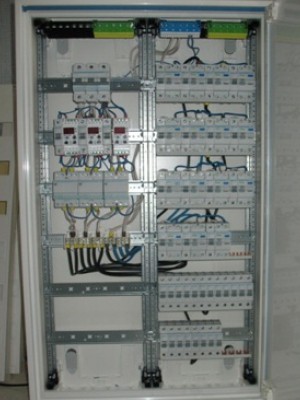 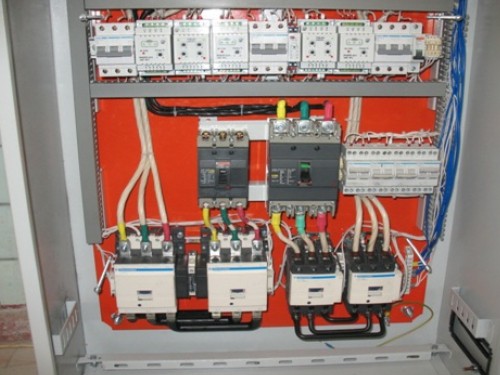 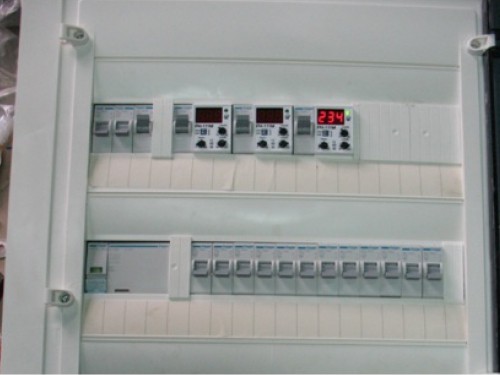 Perspective directions of scientific activity of the Department are research and introduction of alternative power sources (solar, wind energy, etc.); development of systems of non-fuel energy; increase of efficiency of power plants. These problems are very relevant today due to the decrease of Ukraine’s fuel resources.